SeaNet Alarm is a small device that monitors a SeaTalk(R) network, different devices on a SeaTalk network , it monitors different alarm conditions and sets off an alarm when certain conditions appear.

The main functions are 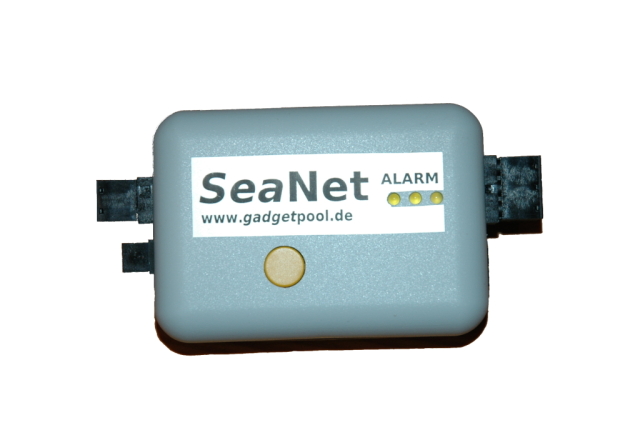 SeaTalk Instruments are normally installed in the cockpit of your vessel.

The built in alarms are not loud enough to be heard by the crew inside a vessel or to wake up sleeping crew members.

So even with anchor alarm activated, it is not sure that the crew will wake up if the anchor is dragging.

Single handed skippers often get too little sleep and need a loud warning if depth, windspeed or radar indicates a dangerous situation. They usually also want to be waked up every half hour or hour in order to check if everything is all right.

It's easy to miss an instrument beep while sitting on the chart table while the engine is running.

It's easy to miss a radar beep, when the radar is mounted at the chart table and you are at the helm.

If an instrument should break, without the SeaNet Alarm it might take a long time before the failure is noticed. Maybe the boat operator would rely on a device that that isn't functioning any more.

There is clearly a need for loud sound or an optical alarm, that makes you aware of possible dangers and instruments failure.

With the SeaNet Alarm this needs can be filled in an easy and economic way.

When an alarm condition is recogniced, SeaNet Alarm activates a switch that can activate a powerfull external alarm and/or switch an optical alarm.

SeaNet Alarm his highly configurable. It listens to different instrument alarms and also has it's own built in alarm triggers.

Alarms can be triggered by :

Alarms can be switched on/off individually. A unique alarm sound pattern can be assigned to the different alarms – so that the user can “hear” what caused the alarm.

With the pushbutton , an active alarm can be acknowleded to turn off the alarm manually.

The Led's show system status and active alarms.
An alarm type - like depth, windspeed,autopilot etc. -  can be assigned to a LED, so that you can "see" what triggered the alarm.

SeaNet Alarm has a detachable 2 pin screw terminal to connect one or more alarms, sirens or lights.

This output is protected against short circuits, has a thermal protection an overvoltage and overload protection and current limitation.

When will alarms be set / reset

SeaNet Alarm listens to the SeaTalk Bus for coming or going alarm conditions.
Instrument alarms – like shallow water, high wind speed etc. - have to be set and enabled in the SeaTalk instrument.

The Alarm output is activated when :

The Alarm output is reset when :

An alarm will be retriggered if the appropriate alarm is reset on the SeaTalk Bus and later set again.

If an alarm stays active on the seatalk bus and the alarm output is switched off by the acknowledge button or timeout, this alarm will only be retriggered after it has disapperared on SeaTalk and reappeared later.

A „SeaTalk instrument failure“ alarm is triggered, when an instrument ( like depth, windspeed etc.) has sent data to the Seatalk network, and than suddenly stops sending data.

When the currently announced alarm is acknowledged – by pressing the pushbutton or because it's alarm time has exired – the next alarm be announced. 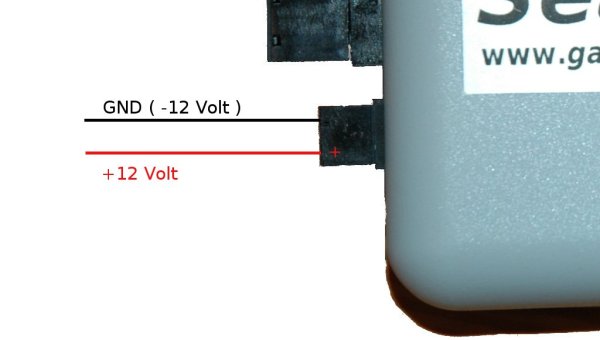 SeaNet Alarm has a detatchable 3 pin screw terminal for connection to the SeaTalk network. 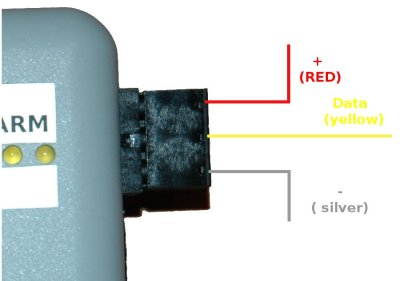 Currently the MS-Windows Version comes as executable and Source.
Linux Version comes as source and executable for Ubuntu, Fedora 5, Suse etc..
For other Linux systems it might be necessary to compile it on your machine.
No Problem - all sources are included. 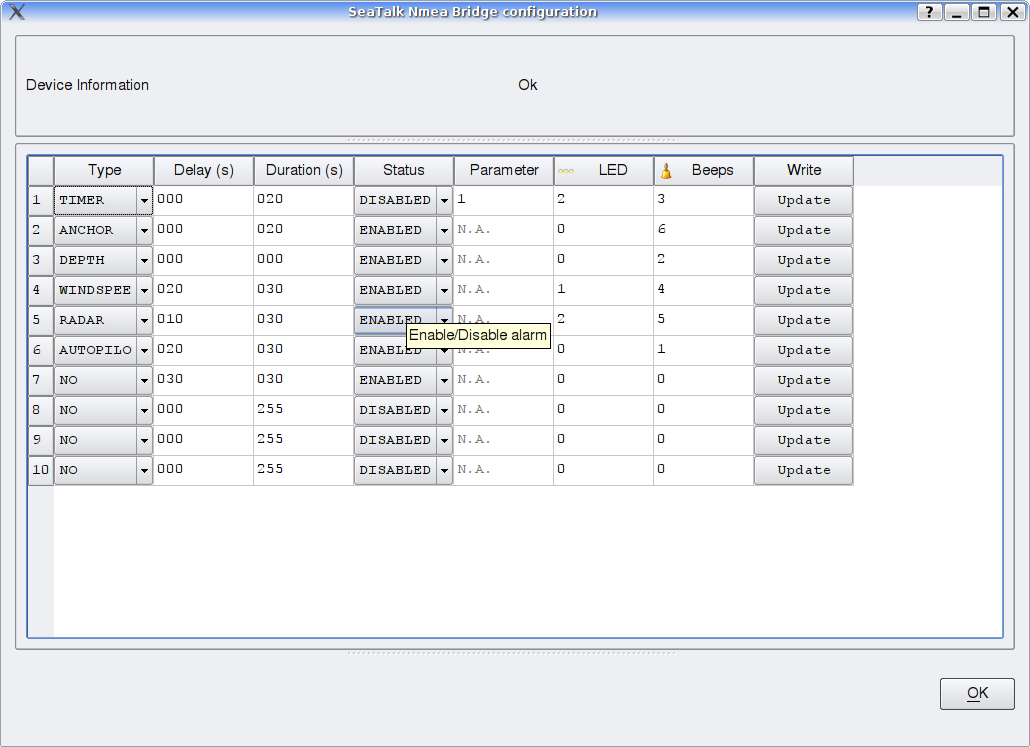 The heart of SeaNet Alarm is a standard AT-Mega microcontroller made by ATMEL.
SeaNet Alarm comes with a CD with all source codes of the board software.
No licence fees, no hidden functions. The software of SeaTalk alarm can be adapted, improoved, extended or changed in any way you like. The necessary compilers are available freely in the internet. SeaNet Alarm comes with a built in boot loader software and a programmer software for the PC. You don't need any special hardware programmer to bring a new software onto SeaNet Alarm. Just a normal RS232 cable.